Our raffle will still be held, but at a much more appropriate time.

Meanwhile Rust is making excellent progress development side. After a spout of drama with their netcode, they’ve been regularly updating playrust.com with updates.

Here are a few recent posts from from playrust.com:

We made some good progress this week. Here’s what we’ve been up to.

The headliner this week is that we got the Procedural Maps working in game. So we’re not jumping around on three green squared any more. It’s still early days – and it’s getting better every day. 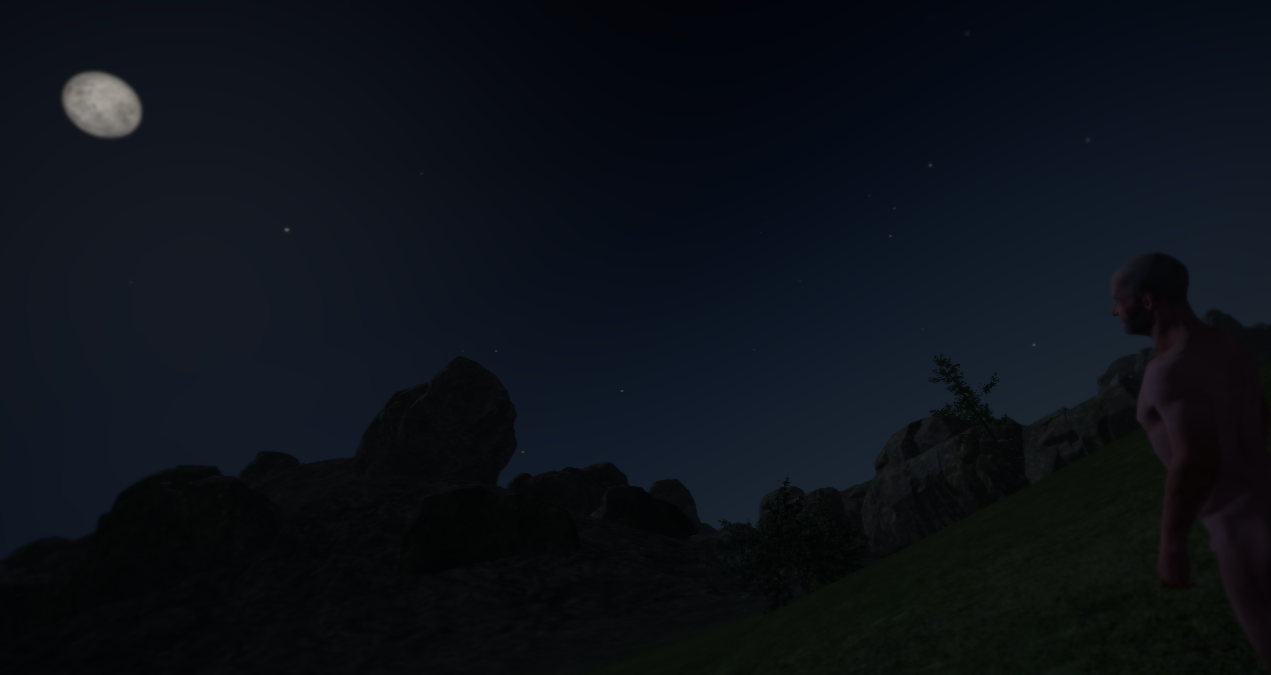 The procedural map started out with grass. We were using Unity’s own grass system.. and it looked great in a lot of places. Unfortunately it used an extra 600mb because of all the meshes it generated. Plus there were noticeable lag spikes when you were moving from area to area as it re-generated.

You know what sucks in PC Games? When you want to tweak the graphics to get better performance you usually have to go into the main menu, then options, then graphics, then tweak, then apply, then back into the game. You end up spending an hour tweaking graphics before you play. I hate that like poison. In Rust we have a F2 menu. It’s called the F2 menu because it appears when you press F2.

The animations need work, but they’re in.

You probably noticed those awesome lakes in the map. Well we added swimming.

The basics are there, we still need to fix the animations, and have coldness/wetness consequences to entering.

The rock is back 🙂

Text chat is back. Dropped items are no longer invisible. I implemented string tables. Players/Objects that fall out of the level are handled properly. Convars can be set from the command line.

One thing I want to address, something that comes up all the time when we talk about generated maps, adn every server being different. Navigation. How do you find your way around, how do your find your friends.

This is a fun problem for us to have. We haven’t made any hard decisions but there’s a lot of options that don’t involve a console command that prints out your coordinates. Some that come to mind.. flares, stars, sun, moon, clouds, smoke signals, procedurally placed landmarks, user placed landmarks, user drawn maps.

We’re trying not to think of these problems in terms of server day 1 issues. If you turn up on a deserted island you’re not going to know your way around. That’s a given. That’s part of the fun. We’re hoping that by the end of the first week the server will have things like signs placed around which will aid navigation. 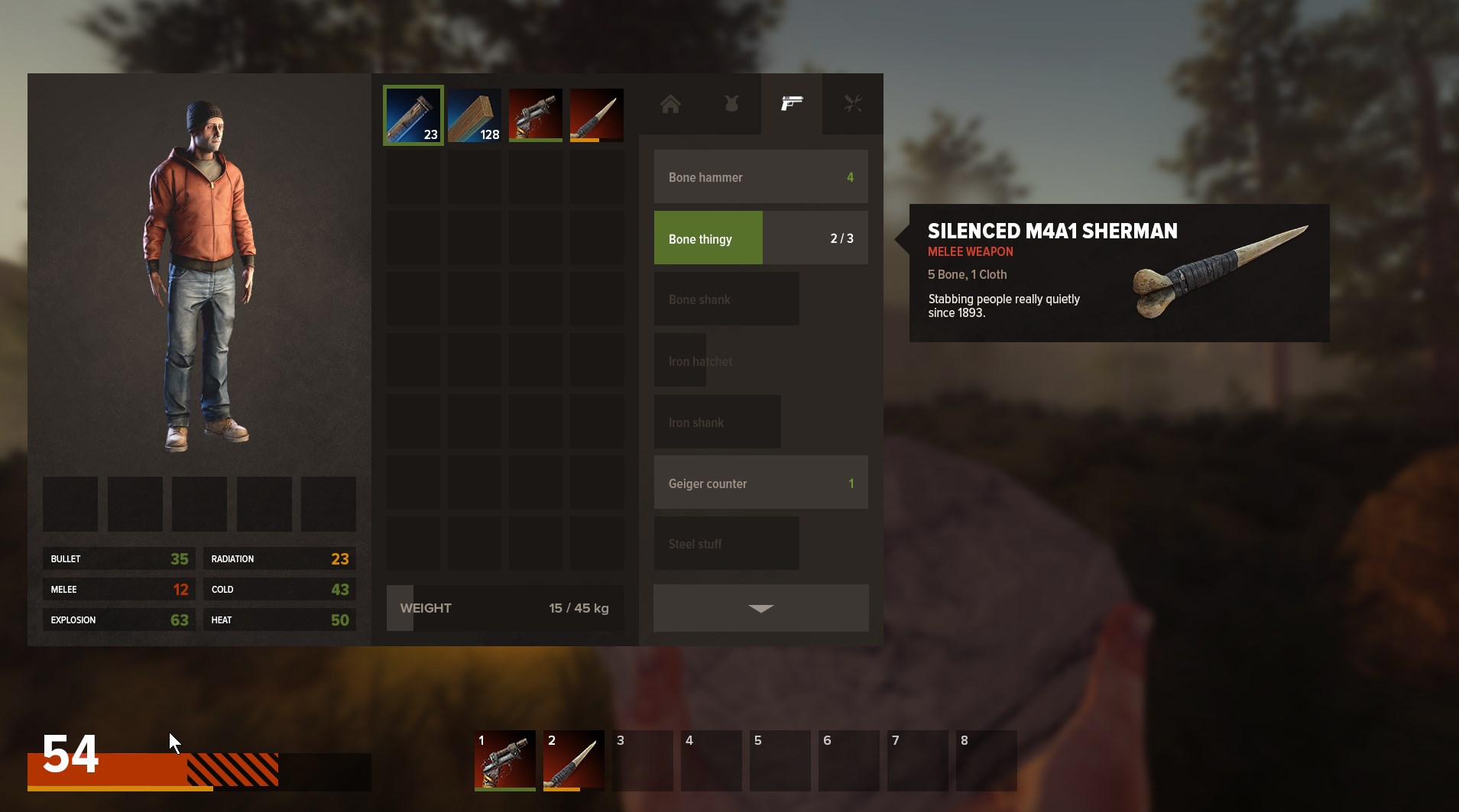 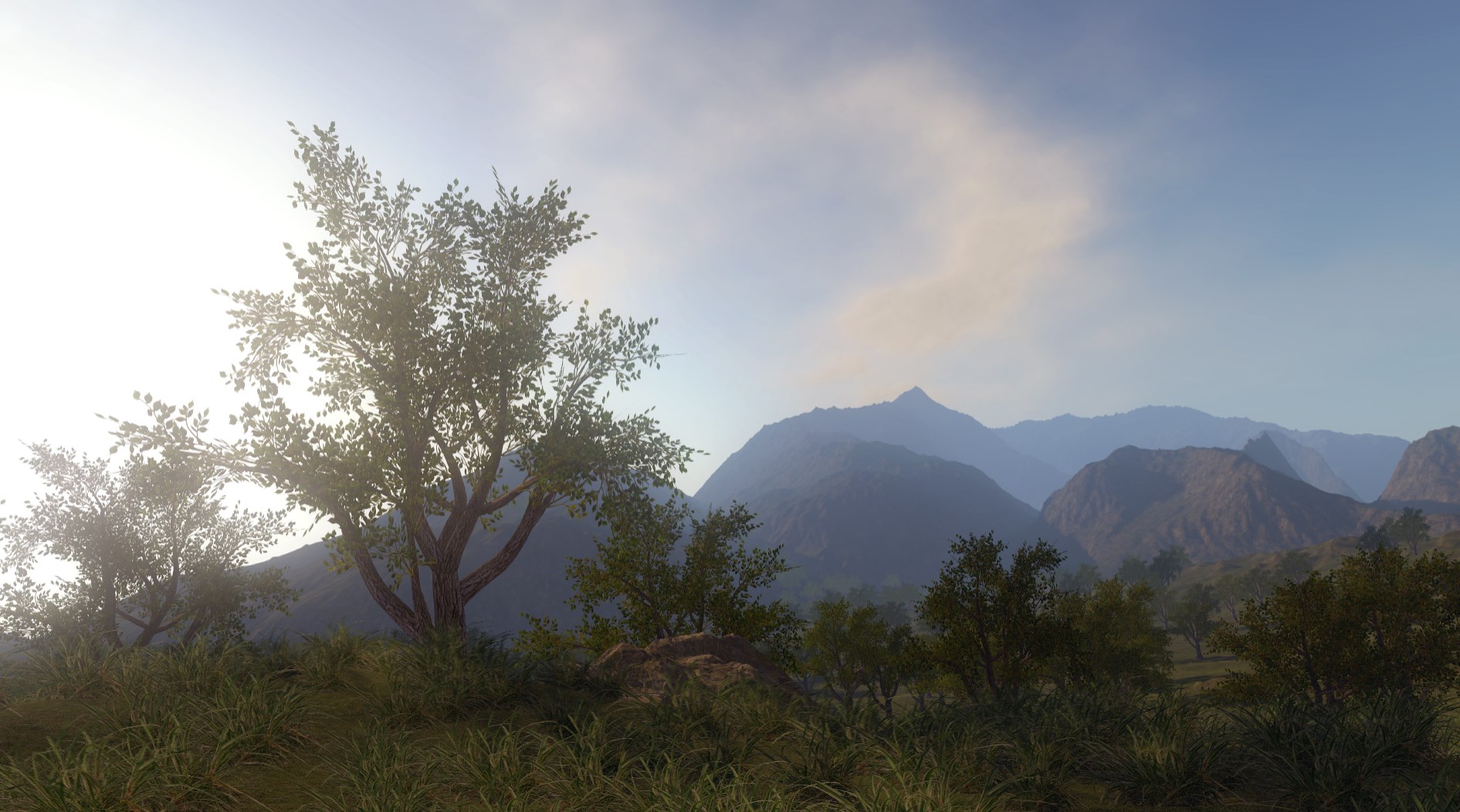 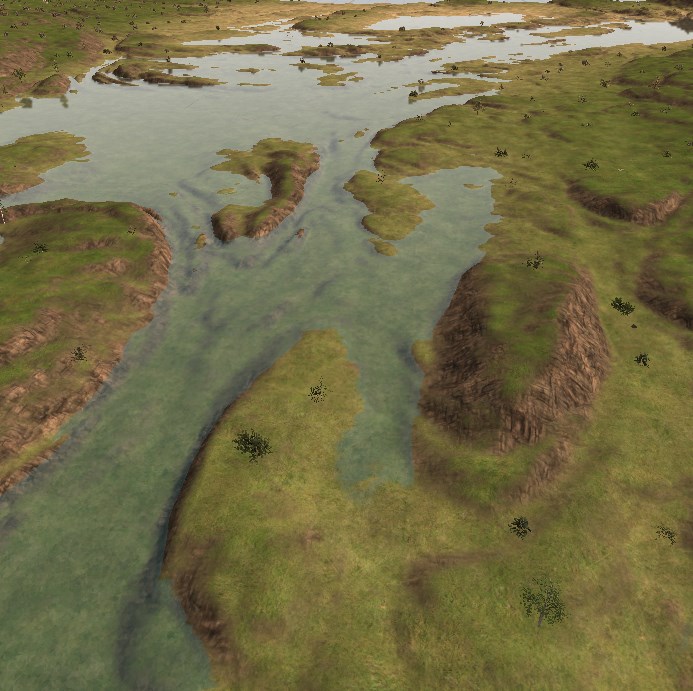 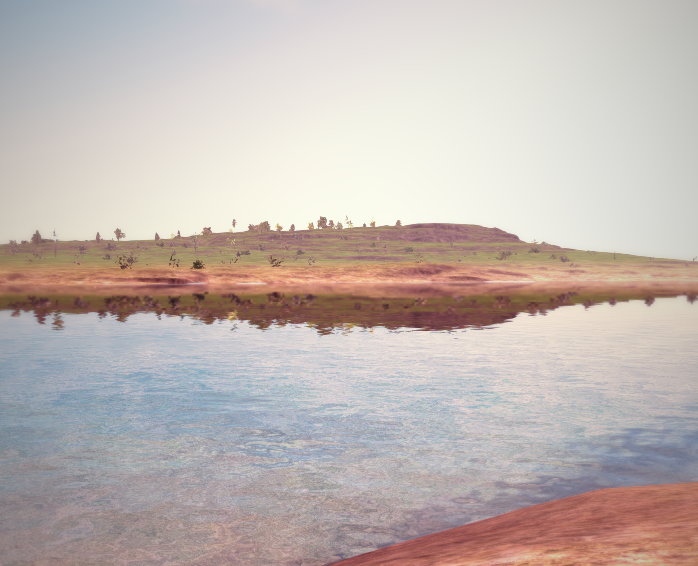 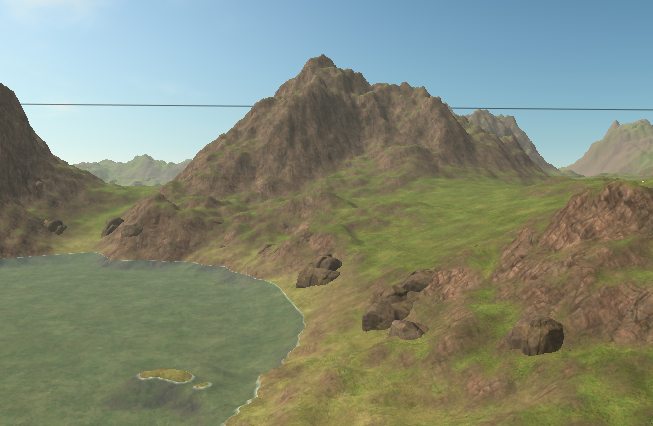 Another productive week. I think now the new terrain system is in people are starting to realise the scope of the changes we’re making. I hope it’s obvious that we’re not just re-creating the current version of Rust with better graphics, we’re also improving and re-thinking things along the way.

We’re getting closer and closer to the point of being actually playable and fun.. but we don’t know exactly when that will be. There’s already a bunch of people on the experimental server – and thanks to them because by just showing up and making a mess you’re really helping us test the new systems and new net-code.

Here’s how the experimental branch has progressed over the last week.

The melee attack now works again. You can hit stuff, and stuff gets hurt. You can bash storage boxes and when they break their contents will fall out everywhere.

A hitbox system was added. This is kind of a non trivial thing.. because you can’t just attach a bunch of colliders to bones and let Unity deal with it – because that’s way too slow. So I made my own quick system that seems to work fine. So now you can hit players in the face. It isn’t completely finished and polished, but this is about getting stuff working.

You can now take damage. We have health UI. Again, this isn’t final, we’re just getting stuff working. 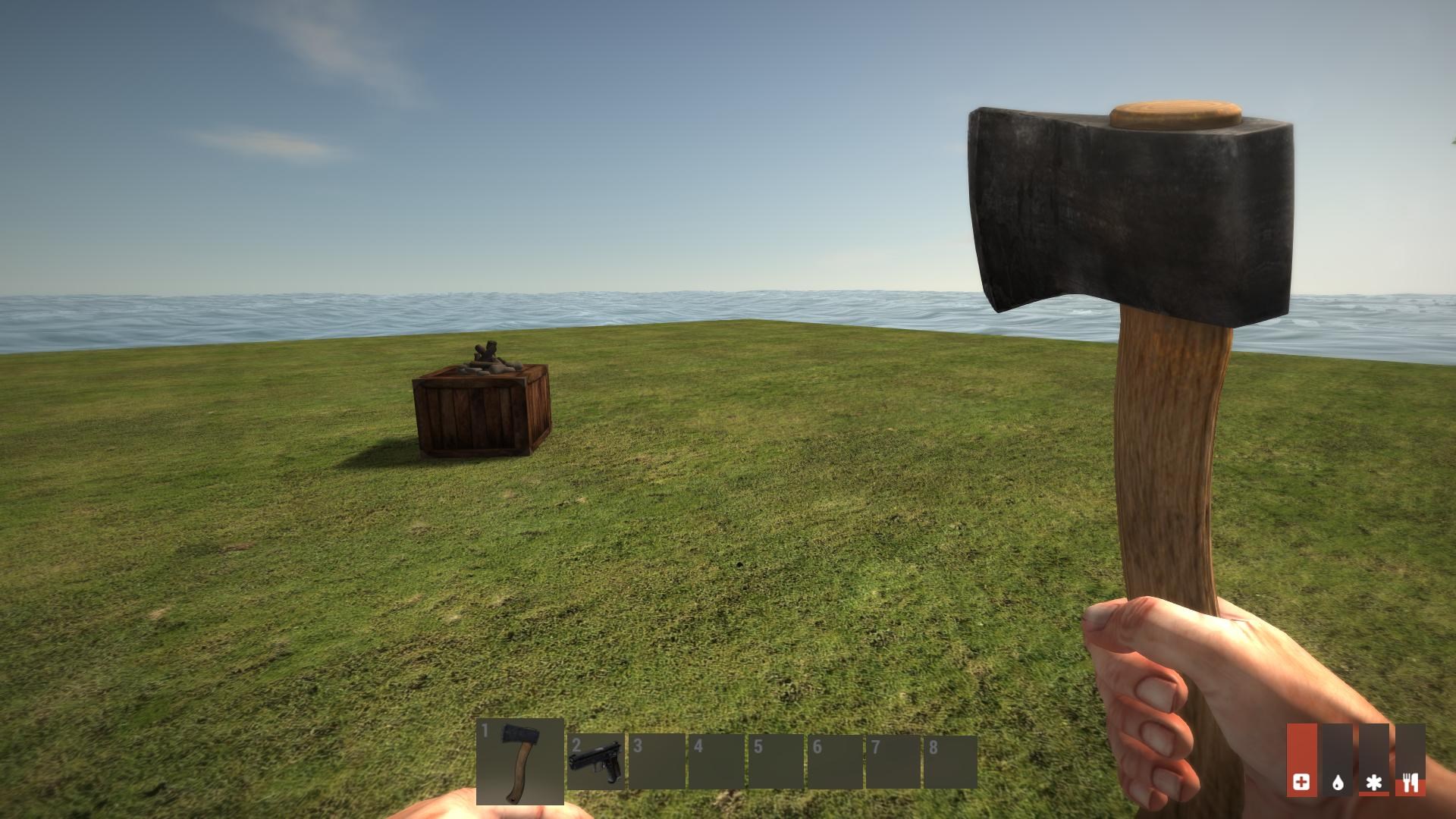 Saving is in. It’s something that you should never even know about.. but the server can now save the game and restart and carry on where it was. This is also super useful for developing – because we can run the server for a while, let you guys fill it up with crap, then grab the save and profile it locally.

When you launch the experimental branch now it should ask you to install Easy Anti Cheat. This isn’t super fully integrated yet (but will be soon). We’re hoping that this will help us battle the cheaters.

Crafting is back. This time you can queue stuff up, and cancel queued items. Again, this UI is temporary.

In this version the actual player object remains, but he stoops down and goes to sleep. This means that things like metabolism continue to run. In the future we want to make sleeping players lootable (without killing). And possibly be able to drag them around.

When your player is asleep and you join the server, the player won’t wake up immediately. He’ll be asleep until you press fire. We’re playing with the idea of being able to sleep and wake up at any time during the game (to make sure you have a safe sleeping point, other emergent stuff).

There’s been a lot of hysteria this week because we posted on our trello that we’re going to add third person. Don’t worry. We are aware of your knee jerk over-reactions. You can stop making petitions. We get that you have an opinion on it.

The clothes system is back. Recoded and awesome! I added a preview of your character into the HUD too – because it’s likely we’ll end up with it in the final HUD design. He looks at your cursor. That probably won’t stay in, it’s getting annoying fast.

We have two new members of the team this week. They’ve really hit the ground running with some UI concepts. 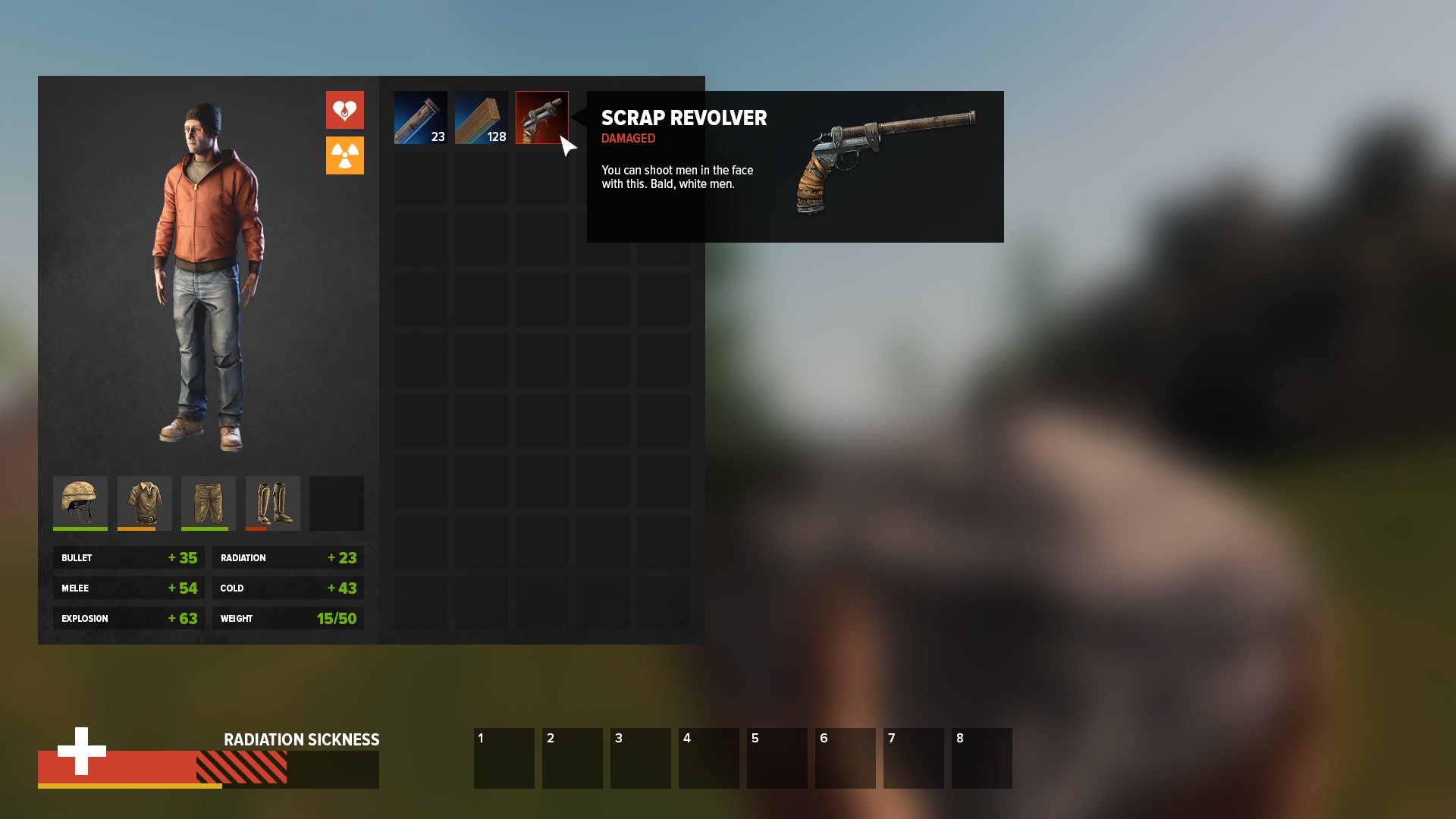 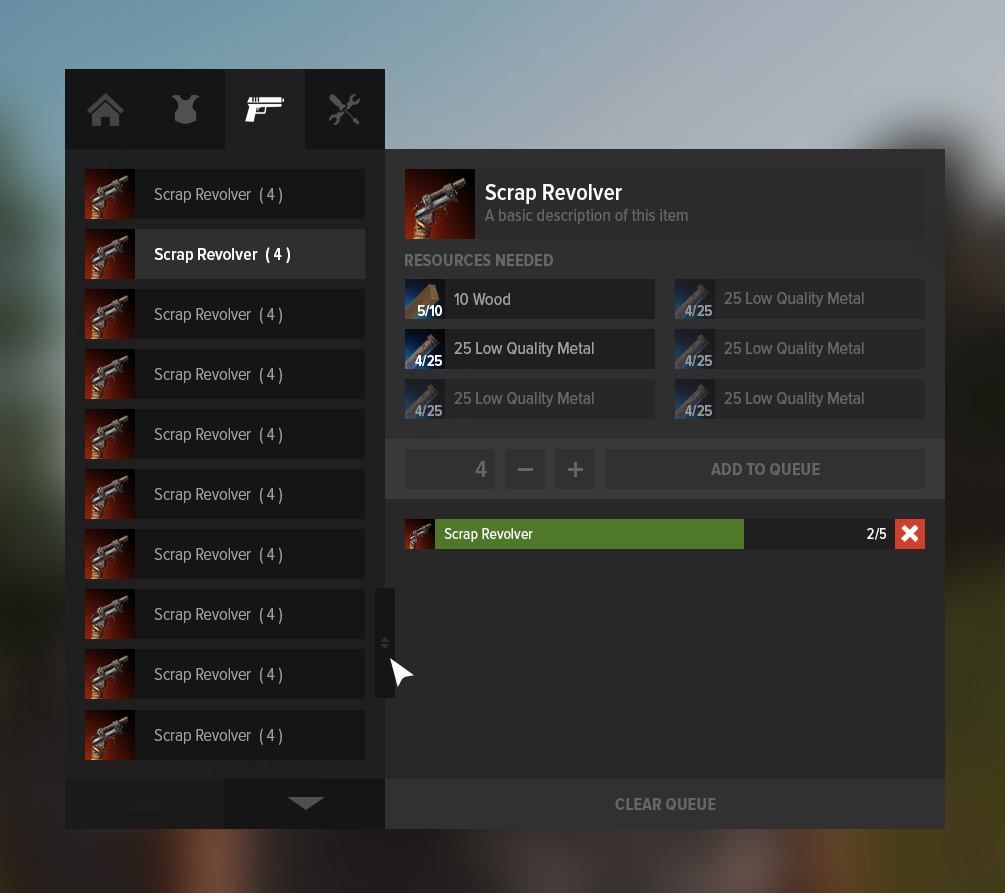 Minh has been working on the player animations. Prone, jumping, swimming,

Dan has been LOD’ing his balls off this week. 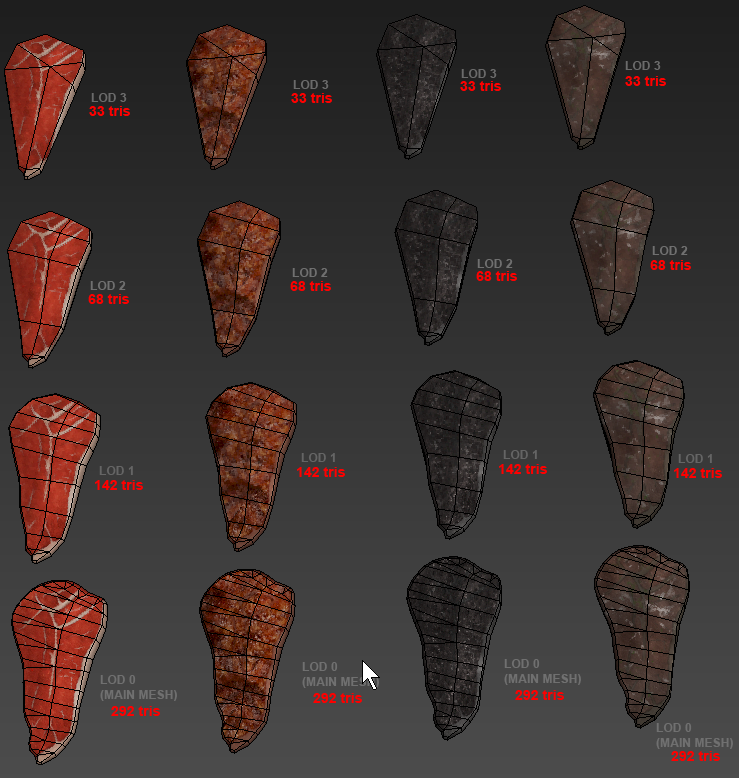 And he’s started work on a bone knife

Tom is still working on the rocket launcher. 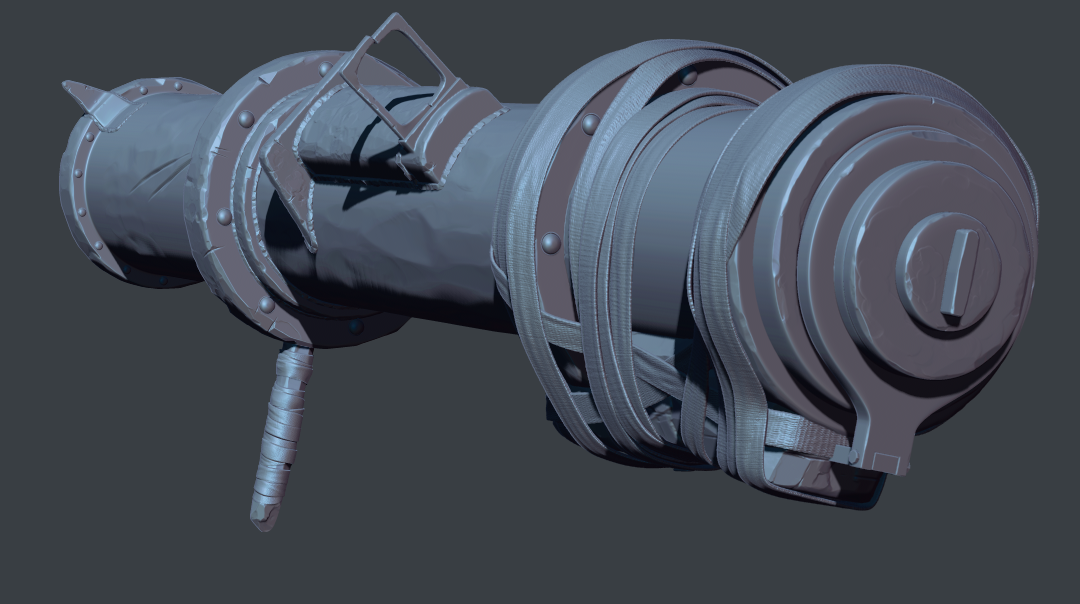 Alex is continuing to work his way through the viewmodels, re-rigging and re-animating where appropriate. 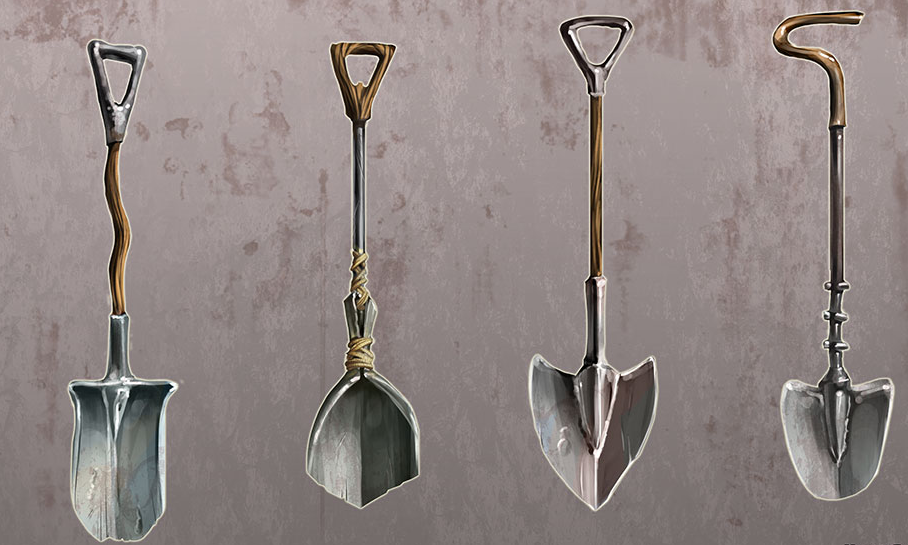 Andre has continued working on the procedural terrain, including a bit of mesh blending.. which should make it so placed rocks look like they actually belong there, instead of looking like rock models placed on the landscape (which is what they are). 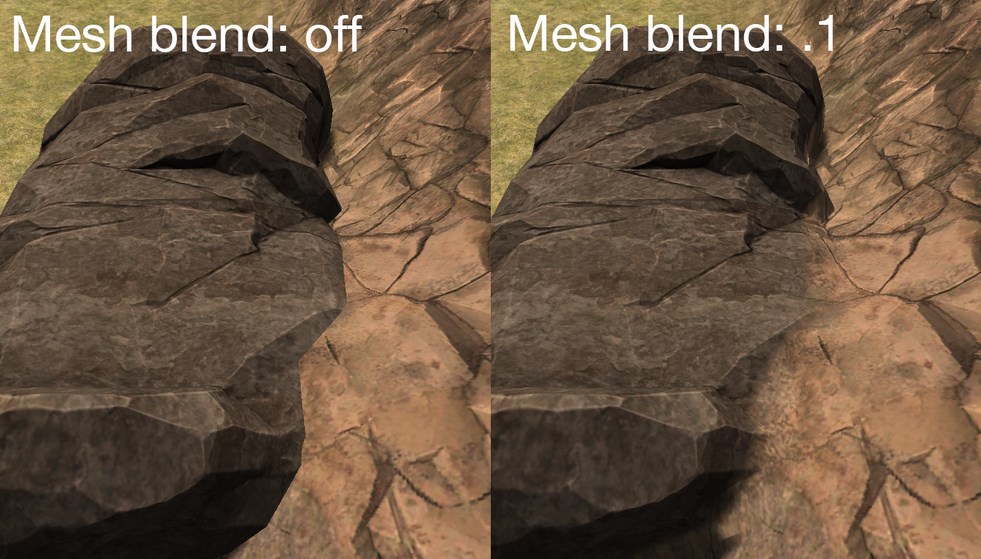 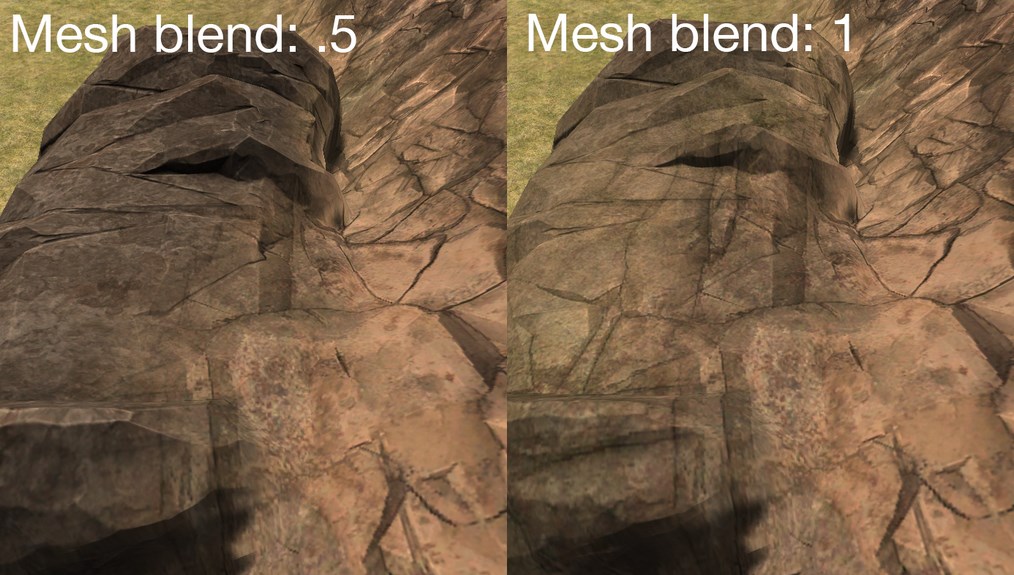 We got a lot of the groundwork laid this week. Stuff that isn’t really that sexy, but it all needed to be done. We’re in a more playable area than we were last week.. but we’re still not playable.

You can harvest resources, kill other players, be killed, wear clothes, craft stuff. This is foundational, boring stuff that you couldn’t do at this point last week.. but all needed to be done. And even though we are pretty much just re-creating things that we already have in the game – I hope it’s obvious to people that we are trying to improve and innovate those features too.

A copy of our commit log is now included with the client. You should find changes.html in the rust folder.